Advice for parents of children who stutter 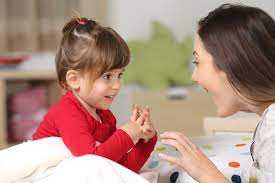 If you are parents of children who stutter, you must consider that stuttering during childhood is more common than we think. However, whether it is a problem usually depends on the age of the child.

In general, children between the ages of two and a half and seven stutters at some point. This is called developmental stuttering and is a developmental period in speech acquisition. Children have so many thoughts and want to say so many things at once that it is as if their mouth is not keeping up.

It is important not to overemphasize children’s speech problems not to become frustrated or distressed. Small notes by way of constructive criticism are welcome, but the child’s development must be allowed to take its course. That is to say, in these cases, it is not necessary to go to a professional to solve the problem because, in principle, it will improve by itself with time.

However, stuttering is excessively recurrent or unusual; it could be a warning sign of a stuttering disorder or dysphemia.

The onset of the problem manifests itself in 90% of cases before the age of 6 years. In these early stages, the difficulty in speaking fluently may vary from episodes with some fluency to more severe attacks. In many cases, children will stop stuttering without external help. Still, spontaneous recoveries are atypical if the problem persists beyond five years or when the child has been stuttering for more than a year.

For this reason, early diagnosis and appropriate speech therapy intervention is essential because when the disorder becomes chronic, it becomes much more resistant to intervention.

Dysphemia is the functional alteration of verbal communication without abnormalities in the organs of phonation. Thus, included within this diagnostic label are those subjects who present a marked impairment of verbal fluency characterized by repetitions and prolongations of speech elements such as sounds, syllables, words, and phrases. Blocking or pausing is also expected and exhibits the following distinguishing features:

Generally, when stuttering appears, children are not aware of the problem. However, as time goes by, they become aware of it, and, usually, this generates stress and anguish, which aggravates the problem. It should be noted that these alterations are neither voluntary nor learned from, for example, a family member with stuttering. It is also characteristic that the patient does not present the problem on all occasions: a person with stuttering could speak fluently before an interlocutor with whom he/she feels very comfortable, when alone or when talking to small children animals, for example.

Thus, if parents of children who stutter detected that several of these signs are maintained over time, it is recommended to go to a neuropediatrics service. Usually, with preschoolers (2 to 6 years), an intervention in instruction to parents is recommended to avoid increasing the child’s anxiety towards speech. With older children, on the other hand, direct intervention is usually performed. 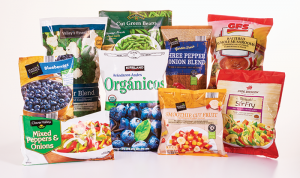